Not so long ago I was having a conversation with an old friend about my experience living in different parts of the country. As the conversation continued through the topics of cultural differences and idiosyncrasies, we finally landed on the topic of poverty. As a person who has had the opportunity to live and work in several different places around the country, and has volunteered in all of them, in many of the countries most impoverished areas, this is what I explained about my experience.

Most of my formative upbringing took place in the outskirts of Seattle metropolitan. During my time living in the area, I spent countless hours working with local churches on ways to help those in need in our community, I partnered with grassroots organizations to bring awareness about ways we could help homeless and at-risk youth, I spoke at conventions about human rights issues. These experiences do not make me an expert, but they did expose me to many of the needs facing those living below the poverty line in Seattle.

Though Seattle has one of the highest populations of homeless people in the nation, the percentage of the population living below the poverty line in relationship to those living above it is measurably lower than many other parts of the country. As the 7th highest paid city in America, which is home to eight Fortune 500 companies including Costco, Microsoft, Amazon, Paccar, Starbucks, Nordstrom, Expeditors International, and Weyerhaeuser, there is an incredible draw to the city, inviting some of the nations smartest and most educated citizens into the culture. Between the tech industry boom, the plethora of high paying jobs, and a body of people concerned about the welfare of those who reside under the I5, there is more assistance available for those living below the poverty line or without a home. Because of the economic boom, and an attitude that generally cares about the welfare of others, many large companies, Amazon for example, help to fund programs for those in need around the city, making a measurable difference while helping some of the cities most impoverished dwellers access food assistance, shelter, job training assistance, and a decent education for the children living in poverty. The access to work with competitive salaries, the access to resources, the natural draw of the city, and the undeniable natural beauty draws industry leaders, teachers, and top tier medical professionals alike to the area. Without minimizing the experience or tragedy of so many in need in Seattle, there simply is more access to resources.

In moving to Georgia, I quickly started working with a local church as their director of communications, as one of their community outreach liaisons, and with a tutoring program for at-risk kids. What I found when I arrived, was not a  small group of kids ready to learn, but a large line of starving children motivated by the hope of a snack, without coats, without mamas, and without manners. During my time with the program I would see children literally go to blows over crackers, I would see them hide their daily snacks provided by us in their pockets because they didn’t know the next time they would eat, I would meet illiterate teenagers and adults. On one particular day, I would arrive to see that one of my assigned children showed up with the front of his shoes sliced open. When I asked what had happened, he told me he didn’t have the money, or someone in his life, to buy him a new pair of shoes, and the shoes were too small. He had cut the front of his shoes open to allow his toes to grow out the front, so that he could continue to have a sole on his foot instead of bare feet in the winter months. He was eight.

During my time in Georgia, what I came to find in the little town I was living in was that poverty was far more wide spread than what I had seen during my time in Seattle. What I found when I got to Georgia was a town in our country, much like many of the towns vastly spread across our nation, where large portions of the city were characterized by food and employment deserts. This means there was no jobs, no gas stations, no pharmacies, and no grocery stores for miles, though the area was highly populated. Jobs for hard-working and determined blue collar workers were being sent overseas, kids by the thousands were only receiving one meal a day when it was provided by the school, often going hungry during the weekend and summer months, theft and violence was common, and children, too young to know right from wrong, were drug runners around the neighborhood, just to make a couple bucks to take home. Programs to help the growing poverty rate were run by hard working and passionate individuals, but the programs were understaffed, underfunded, and would often run out of items to help those most in-need. Unlike Seattle, there were no major corporations inspiring change. The gifts of money and time given to these causes by organizations, churches, and individuals, despite their best efforts, simply did not stretch as far. There simply was not as much disposable time or money to give, though such a vast majority of the population was affected by hunger, sickness, homelessness, and illiteracy.

Christian duty had brought many volunteers into these areas during the holiday, and the city was always looking for ways to improve the welfare of people in need; but the truth was, that due to a lack of competitive jobs, funding, and access to resources, talented teachers were not flooding into the area, because teaching hungry kids with violent tendencies with limited access to resources is hard, especially in an overly legislated, data critical work climate. Doctors were not available in plenty, because the budget was tight with so many of the residents accessing the Affordable Care Act. And with America’s youth and our educated citizens flocking to cities such as Seattle because of the jobs, access to privilege, and better education, these little to medium size towns, made up of thousands of hungry, unemployed and forgotten people, remain out of sight, and out of mind.

Though I no longer live in Georgia, I currently live in a little town in the midwest with very similar patterns of poverty, with equally, if not more, limited access to resources. There are areas in this part of the country that still do not have access to the internet.

To put into perspective what these little towns look like in terms of the job industry, let me share with you my experience. I am a hard working, college educated graduate who graduated with distinction, several degrees, a competitive certification in professional writing, and multiple minors. The highest paying job I can find in the area is as a substitute teacher, a job I admittedly love. This job requires a degree, yet I make less than I did as a high school student at the age of 16 working in a retail clothing store. I make less money now than I have ever made in my life. Holding this job position is not due to a lack of good references or experience. When I left Seattle I worked as an Executive Assistant in a medical firm making a very comfortable paycheck, directly under the owner of the company. My holding this position has to do with the fact that the only jobs available here are with the Military, or with Walmart. When college graduates are scooping up cashier jobs at the local Walmart, and no other jobs are around, among many factors, it helps to create an inescapable cycle of poverty. Here there are no jobs, factory work is disappearing, and poverty is growing at alarming rates.

There are days that I worry, like many others in my position do, that when my adventure finally leads me home, wherever that may be, that I will no longer be a competitive candidate in the work force, because I lived and worked for so many years in places where my well positioned job is a starter job in most major cities.  I remain hopeful in the fact that the work I do every day puts me in the proximity of people in extreme need, and I do my job, though not a glamorous one, with every ounce of heart I can pour into it, so maybe I am making a difference for someone. I have begun to believe it is a combination of my education and heart that make what I do possible, because without it, many of these things would be hard and seem hopeless.

What I have learned, in my experience living across the country, is how many people in our country are being left behind. They are being left behind because despite our abundance in technology, many of these people who are being forgotten do not have a platform. Their experiences are being misunderstood. Their needs are being overlooked. These systemic failures to care for our people, and to transcend cross cultural stereotypes to better understand ones experience and how their view is shaped by their reality is tearing our culture apart.

I implore you to find ways to become actively involved in meeting the needs of your community, wherever you are. This starts with conversation. 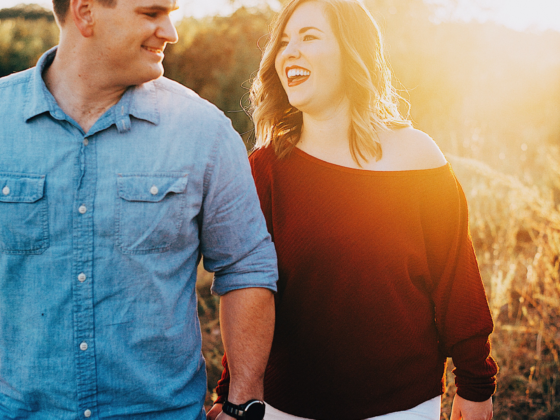 Things to Remember Before (& After) the Election 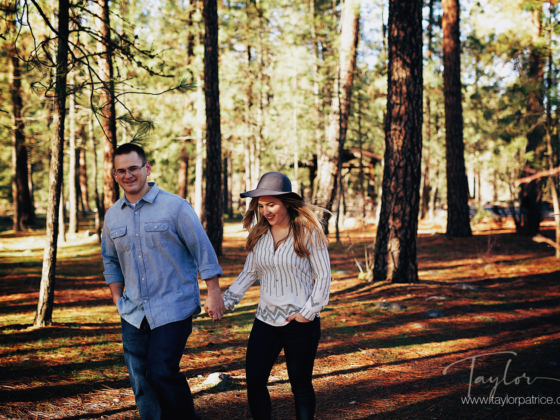 Where This Blog Begins 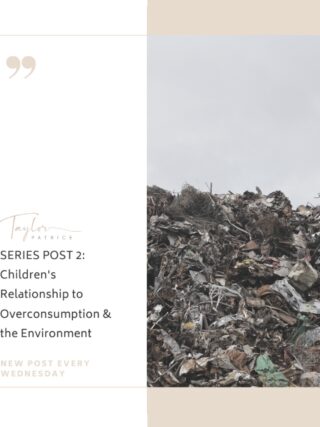 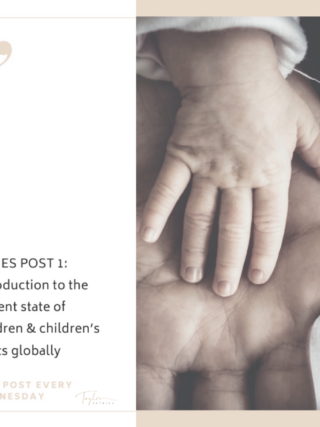 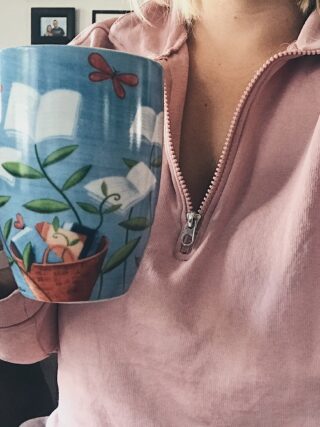 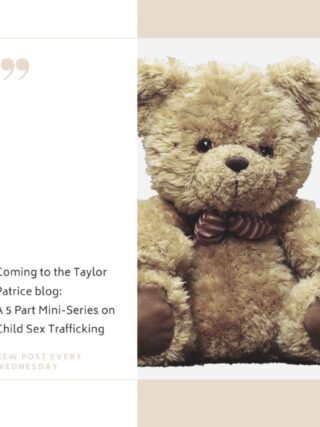 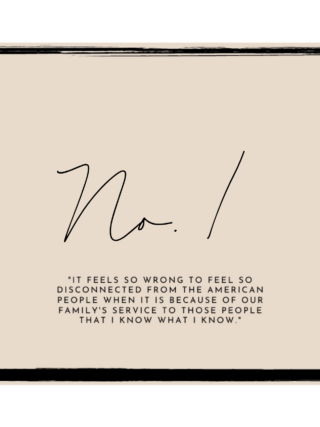 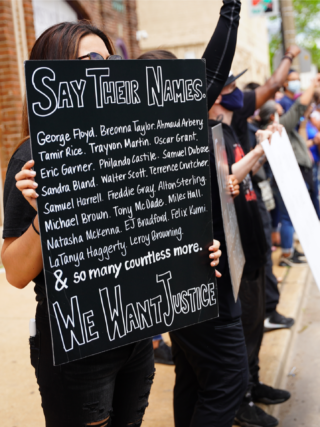 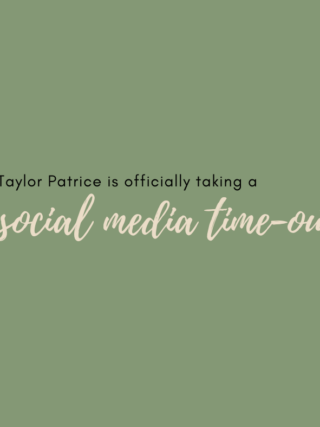 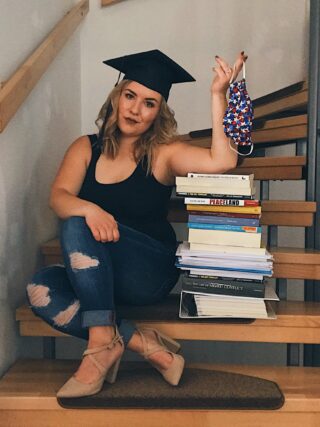